Bengaluru, June 27, 2022: The Government of Karnataka has announced the first Kempegowda International Awards recognizing contributions made by eminent personalities towards making Bengaluru a global destination. This is the first such award any state government in the country has instituted to recognise people for building a city and putting it on the global map. 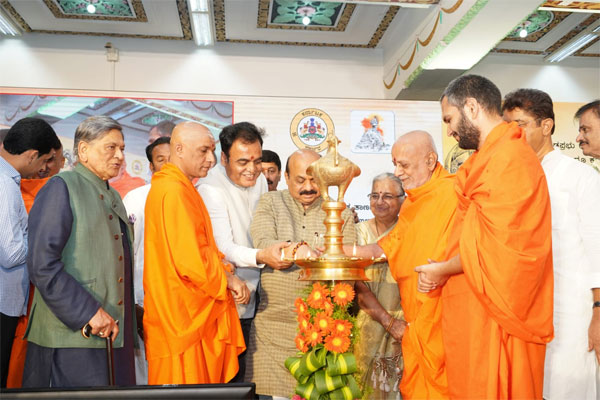 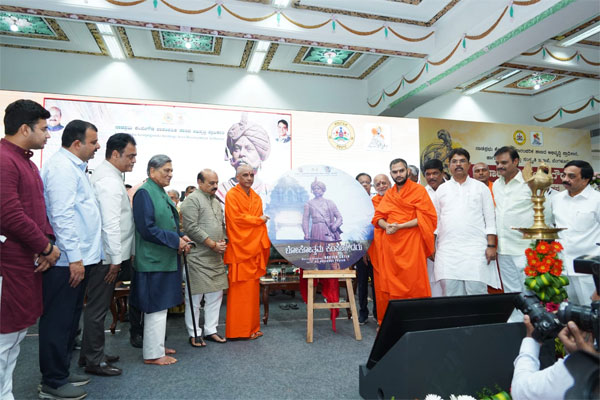 Dr Ashwathnarayan C.N., Minister for IT, BT & ST, Higher Education, Skill Development, Livelihood & Entrepreneurship, Government of Karnataka, said, “Centuries ago, our Nada Prabhu Kempegowda laid the path for Bengaluru as a city by fortifying it in all four directions. He showed the vision and dynamism back then for what Bengaluru needs to be as a city. Since then, several luminaries have had the vision and the dynamism to make Bengaluru a globally recognised city. It is not a chance happening. This year, the Kempegowda International Award has been constituted to recognise the contributions of people of varied sectors to make and grow Bengaluru as a global city.”

In 2018, the Karnataka Government passed the Nadaprabhu Kempegowda Heritage Area Development Authority Act, 2018, to protect, maintain and showcase the heritage of Kempegowda in crafting Bengaluru’s journey. The Annual Kempegowda International Awards 2022 is one of the activities of the Authority. It had constituted a Jury of 5 members to suggested awardees for the year.

The Jury, comprising accomplished personalities from different walks of life, discussed and deliberated on the shortlist and chose the awardees based on the primary criterion of being the key leader who has put Bengaluru on the global map.

“While they need not be a Bengalurean, their tireless efforts, passion, and achievements have helped make Bengaluru the globally accepted ‘happening city’ of India. Undoubtedly, they have put Bengaluru on the global map,” said Mr. Prashant Prakash, the chief jurist and Co-founder & Partner at Accel India.

Bengaluru has always been the city of growth, economic development, and all things global. It today ranks among the top 10 cities globally and the first city in India for having a strong startup ecosystem in The Global Startup Ecosystem Index by Israel-based StartupBlink says, Bengaluru is the “strongest startup ecosystem in India” and 8th globally, while another report released by policy advisory and research firm Startup Genome puts Bengaluru’s tech ecosystem value at $105 billion which is higher than that of Singapore at $89 billion and Tokyo at $62 billion.

He also set the tone for industry and government participation in charting the strategy for developing Namma Bengaluru. Who can forget the Bangalore Advanced Task Force, consisting of private and public individuals who, for the first time, put a plan for Bengaluru’s all-round development as a global city.

He was the 16th Chief Minister of Karnataka from 1999 to 2004. In just 5 years, he turned the vision of Namma Bengaluru on its head! Pro-urban, and a proactive CM, he greatly improved the image of Bengaluru as a global city & Bengaluru as the IT capital of India. He initiated reforms in the power sector by setting up ESCOMs and digitized the land records through the BHOOMI scheme. He also tried to ease the traffic by building flyovers, which weren’t common. The Hebbal Flyover, one of India’s longest flyovers, was constructed during his regime.

To ease the drought-like situation, he tried to initiate cloud seeding programs. He was instrumental in putting the blueprint for Bengaluru Metro holding initial talks and discussions. Karnataka’s steady and consistent ascent economically commenced from 2002 and that shows the vision and dynamism of our beloved leader Shri S M Krishna.

Infosys co-founder Nagavara Ramarao Narayana Murthy
The world today knows him as NRN. From humble beginnings to founding one of India’s most successful IT companies, Narayana Murthy put Bengaluru on the global map. If we are called the Silicon Valley of India today, a giant share of that credit should go to Infosys and its founder Shri Narayana Murthy. He had the vision, the confidence, and the nerve to dream big and make his dream come true.

In the process, Bengaluru grew with him and helped him grow. It is a unique partnership and bond that has become folklore now. He was born on 20 August 1946 in Kolar district, Karnataka. His dedication, values, and principles were extremely simple and down to earth.

Murthy and Infosys have represented the rise of an Indian way of doing business, a success story that changed how the world viewed us. Murthy’s role in building India as a knowledge economy, and raising an army of Indian millionaires, has been stellar. Murthy, Infosys, and Bengaluru, it is a bond that stays forever.

Badminton legend Prakash Padukone
To be a World No 1 in a sport that very few people in India understood, let alone followed in the 1980s, is no small achievement. Namma Bengaluru boy, the charming Prakash Padukone, did it! The world noticed when he became the No 1 Badminton player in the world. They realised it was not China or not Indonesia, or any other country in Asia that was holding the top flag. It was India! Prakash has set the tone for all our achievements in Badminton since then.

Born on 10 June 1955 in Bengaluru, Prakash is the quintessential Bengaluru huduga. He became the No 1 Badminton player in the world when he became the first Indian to win the All-England Open Badminton Championship. He won the national senior championship in 1971 when he was only 16. This made him the youngest player to have accomplished such a feat. In his career, he set a record of winning nine national titles in a row.

His contribution to setting up the Prakash Padukone Badminton Academy in 1996 in Bengaluru needs to be highly acknowledged. His academy has produced national champions such as Puella Gopichand and Aparna Popat. If it were not for him and his achievements, every large apartment complex in the city wouldn’t have had an in-door Badminton Court today. Few years ago, he was instrumental in setting up the Padukone Dravid Centre for Sports Excellence in Namma Bengaluru.

After he retired from competitive sports in 1991, Padukone served as the chairman of the Badminton Association of India for a short while. He also served as the coach of the Indian national badminton team from 1993 to 1996. He co-founded Olympic Gold Quest with Geet Sethi, a foundation dedicated to promoting Olympic sports in India.